Whelped; 20.06.1999
Wisper obtained her Championship title with ease beating along the way many Best in Show and Specialty winners. She is a multiple class in group winner and still today struts her stuff in the Veteran ring where she is always in contention.

She however really excelled in the whelping box where she was a wonderful mother and she would look after any pups whether or not they were hers.

Wisper has produced several Champions and her daughter Piper “Aust Ch Kadma Itsa Bito Magic” took Best of Breed and Puppy in Group at the Royal Brisbane Show at 9 months of age over a breed entry of 56 and was also Top Show Bitch and Top Show Puppy in 2003.

However through all this her main duty was to watch over my daughter, Aimee and would protect whenever the need arose. She now spends most of her retirement as a watchdog from the lounge but still takes the time to put any of the younger pups in their correct place.

Her favourite past time is diving in the pools and retrieving anything that is thrown. She loves to teach any of the dogs having difficulty how easy swimming is and how natural it is to a good Weimaraner. 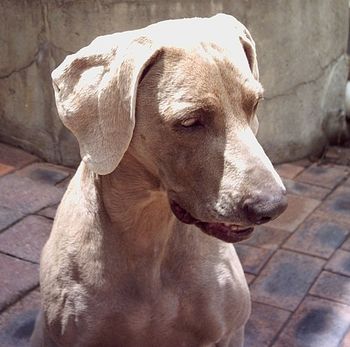 Looking out for the babies 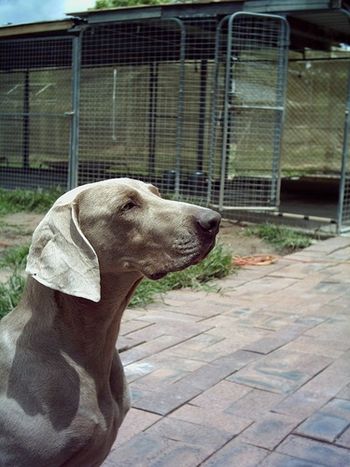 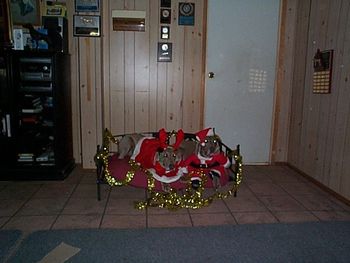 Santa bring us lots of presents 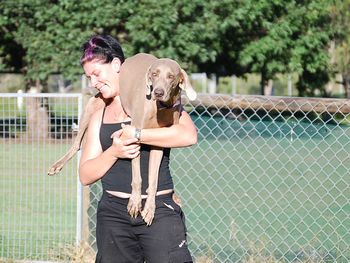 Aimee saving Wisper from a group of puppies