After gaining his Championship title as a youngster Benson retired to the life of luxury with Steve and Toni due to other up and coming stars. Benson entered the show ring again in 2005 for the Weimaraner National. At the National Benson was graded 'Excellent", we then continued to show Benson to which he gained his Grand Championship title in 2008.


Benson's breeding is a combination of some of the best Australian and American lines and he has the style to boot. He is a Best Exhibit in Show (All Breeds) winner and a qualifier for Top Dog 2007. He earned the highest points tally a pointscore shows for 2006 (Wei Club Qld Pointscore) and was top dog 2007. His progeny are proving themselves in the show ring both in Australia and overseas.


Benson is now retired from the show ring and lives the life of luxury with Toni and Steve Pond and "Fable". 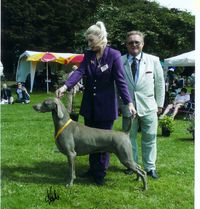 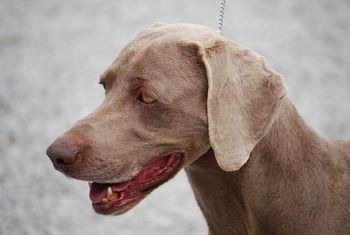 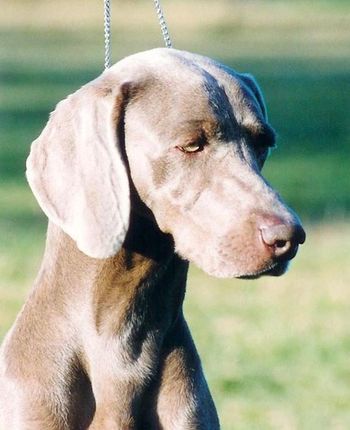 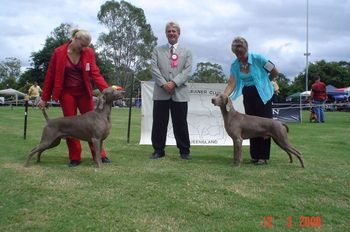