Whelped; 10.08.1998
Jordan was the only female in the first litter that Legend sired. So choice was limited, however she has gone beyond all expectations. As a young one she had gained many Challenges over older and Best in Show winning competition and has many Baby and Champion Puppy in Group and in Show wins to her credit. Jordan also took out the Weimaraner Club of Queenslands Top Puppy of the Year award for 1999 and Show bitch of the year in 2002. She has many Best In Group wins and was Best of Breed at Brisbane Royal in 2000. Since then she has taken time out to produce three outstanding litters of babies.

Then one day we counted her challenge points and found she was only 140 points from her Grand Championship Title, so after almost a 4 year retirement and at the age of just under nine, she once again entered the show ring. First show out she took Best Exhibit in Show at an All Breeds Show and shortly after went Best in Show once again at the Weimaraner Club of Queensland's Championship Show adding BIS and BISS to her name. Jordan then also took a Best in Gundog Group (Group 1) at another All Breeds Show. She gained her final points for her Grand Championship under Gundog Specialist, A. Spanswick, going Best of Breed and shortlisted for the Group. She will now once again go into retirement except for special occasions. 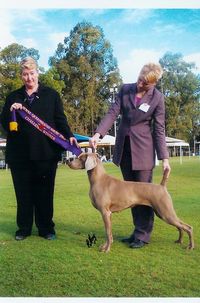 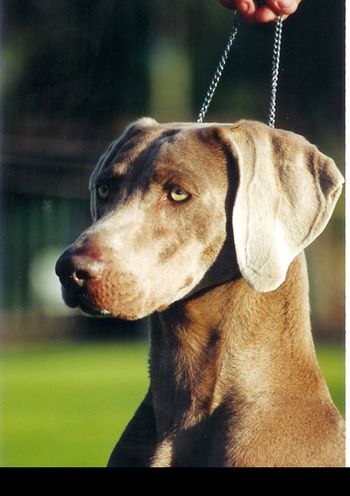 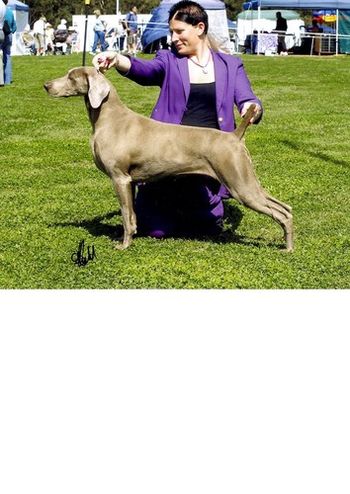 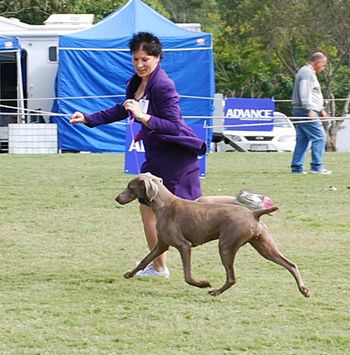 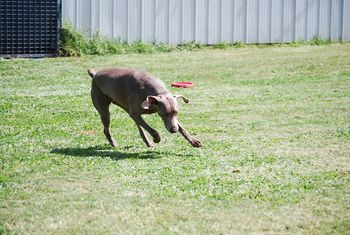 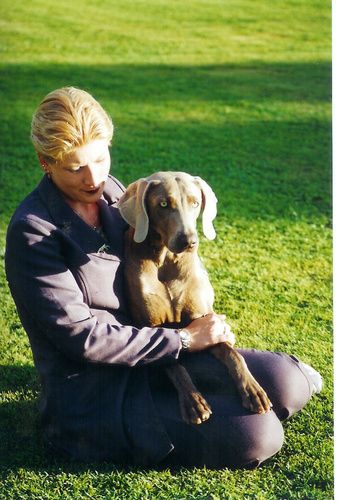